The Latter Is, In Fact, Greater Than The Former! 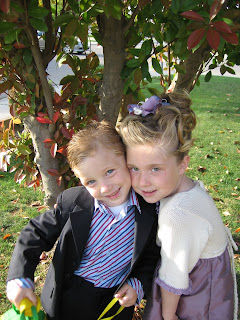 In a previous post, I rambled on about my concern that the normalcy of my name would preclude me from true greatness in any venture that I undertake in life. I think that I truly feel that way, but I will say that I read enough, and understand enough about human psychology to know that, perhaps this is just a crutch that I'm sticking out there in case of failure. You know-if, in fact, I do fail, I can look back and say, "perhaps it's because of my normal sounding name that nobody was interested in my writing."
At any rate, in that post, I outlined my reasoning, and then asked for your input as to which pseudonym (from a group of five created by me) would best propel me to literary success. Some of you have already voted (I say that as if there are a whole slough of you actually reading this! Never fear folks-I don't think that the good people at blogspot.com have any concerns about the traffic volume here bogging down their servers!). If you haven't voted, please do! But, I mentioned earlier that I spoke with Mother today, and she made an interesting suggestion. She said I should ask my children for their input as to a good pseudonym! So, I did that!
Now, for those of you faithful readers out there in cyberspace who don't know me, or my family, let me take a moment to introduce you. As the sidebar there to the right briefly states, I am, in fact, the father of two (usually) wonderful children. Alexis, our oldest, is five (although she turns six on July 24; call her and wish her a happy birthday!). Gentry, our son, is four. Alexis starts first grade in a few months, and Gentry will be entering Kindergarten this year. Both regularly blow my mind in every way! They never cease to amaze me-their insight is seemingly beyond their years; their intellect, at times, rivals the most intelligent adult I know; and, they love like I want to love-that is, they intuitively understand the concept of unconditional love (God, please, if you don't ever hear another prayer that I pray, hear this: don't ever let them lose that). And (I know this is a departure from the point of this post, but it's worth it), they know how to trust.
The thing that amazes me about that trust is, they know me-perhaps better than anyone aside from my wife-and despite all they see and know about me, despite all the justification that I've given them to retract any trust they might ever have had for me, despite my failings and inadequacies, they still choose to trust me! I can't imagine why, but I am so thankful for it-and quite honestly-that trust that they so completely place in me? That trust is the thing that keeps me pushing, striving to do better. If someday, that trust is ever, finally deserved-then I'll finally feel as though I've achieved something.
So, I asked those two incredible kids today for their input regarding a suitable pseudonym. Alexis grasped the concept of a pseudonym immediately; Gentry just thought that we were giving daddy a new name! At any rate, I asked them to think about it, and give me a few ideas. They did-and I've got to say that, again, they've amazed me. I do believe that their proposed pseudonyms are markedly superior to mine! But, I'll tell you what: YOU decide! I've listed them below-comment, tell me if you think that the "latter is greater than the former."
Here are the names they came up with:
-Jude Riley
-Jireh McKeylich
-Riley McLane
-Tyler Mcormick
I, for one, am convinced. I think at the tender ages of 4 and 5, these two gifts have already surpassed their daddy-in so many ways! But, you know what? That's ok! In fact, Alexis and Gentry: let anything your daddy does, anything I achieve, everything that I leave you-let it all be just a foundation, something for you to build on!
Lex and Gentry: Daddy loves you!

Wow! Not sure whether that's an indictment on me, an, obviously, humble blogger, or if it's a rhetorical question! Guess we'll never know, as the poster didn't feel confident enough in their comments to leave a name...Look for a post on this comment soon.

Kids are truly a sweet blessing. Mine daily bring tears to my eyes ( no I'm not talking tears of frustration) although I have those too. I'm talking tears of amazement at how strong their faith, trust is not only in us as parents but in God, when sometimes I even fail to trust him. As for the psy_______ (don't know how to spell it) I agree with lex and gentry theirs are great.