The Federal Reserve Bank today cut it's target interest rate to near zero, a record low for this key indicator. Strategists indicate that it's likely that within the month the Fed will further lower the rates--likely all the way to zero--in order to spur lending in the various frozen credit markets, and might even start buying up long-term treasury securities (a bizarre method of pushing money into a frozen market when the interest rate can't be forced any lower; it's like saying, "we'll loan you money for free; no, wait! We'll PAY you to borrow our money").

In other related news, the stock market, today, showed signs of life again (after eons of bad news--and a net loss of about 1/3 its total value), and actually gained a few percent. Don't hold your breath though.

Home construction starts dropped even lower last quarter--to record lows--and showed no sign of stopping. Unemployment continues to rise; over 2 million jobs have been cut since the beginning of 2008, and there's no sign of a slowdown.

The government continues to pour money into the economy, hoping to inspire lenders to get back into the game (so to speak) after losing their shorts over the past few years.

The federal deficit is at an all time high.

30 year mortgage rates are back into reasonable levels--which is great for all 37 of us Americans who still have a home mortgage; does nothing for the vast numbers of folks who had hopes of buying a home or lost a home in the recent crisis.

In the city I live in, approximately 1 out of 30 homes is in foreclosure.

The State of California is within weeks of insolvency, and borrowing is out of the question; their credit rating has junk status.

And Mervyn's is going out of business.

Which begs the question: how is the government going to survive? Based on the facts above, tax revenues should be down by approximately 387% this year (those are my rough calculations, and are based solely on the quantity of bad economic news being spouted in the media).

Blogojevich has the right idea: boot all the politicians out, and sell their seats to the highest bidder. Pour that cash into the government coffers, and we could probably get rid of the budget deficit and eliminate the national debt in about 2.7 years.

And the folks who buy the seats can't be any less principled than the folks that are there now.

It's a win-win situation, if you ask me.

A Change is Gonna Come

The political news sources (predominantly liberal) are abuzz with stories of President-elect Obama's apparent departure from the left. His cabinet picks are the latest point of ire; he's stacking his cabinet with moderate Democrats and throwbacks to the Bush administration (like Defense Secretary, Robert Gates).

And then there is his change of heart with respect to a number of crucial issues. He pledged during his campaign to increase taxes on American's making over $250,000; now he's decided that he'll merely let the current tax break expire in 2010. He pledged during his campaign to take on the oil companies, to tax their profits heavily; now he's indicated he won't implement that tax. He indicated during his campaign that he would begin, on his first day in office, to end the war in Iraq; he has now indicated that he will begin to work on a plan for a responsible withdrawal. And he's stacking his cabinet with folks who were openly supportive of the war--Democrats and Republicans alike.

It's a little interesting as a conservative libertarian; is Obama really having a change of heart? Is he tempering his extreme ideas under the realization that his actions have far reaching impact; a major change has the potential to cause our often delicate equilibrium to swing wildly out of control. Perhaps he's second guessing his commitments on the campaign trail. If that's the case, then I have to applaud him; he has more character than I'd given him credit for.

It takes some guts to step back and check yourself in the face of such vocal and vehement opposition (the left-wing bloggers are going crazy, chomping at the bit--I'm waiting to hear the calls for impeachment from his own supporters). But my biggest fear is that this pressure will cause Obama to cave (pressure from voices like John Aravosis over at Americablog.com--you'll remember him; he's the guy who was vociferously calling for a boycott of the State of Utah as well as all contributors to the Yes on 8 campaign here in California. He's a true American, as open-minded as they come, that John).

That can't happen. I don't guess that my reach is nearly as far as Mr. Aravosis' reach, but I have to do my part. Speak out, do your part to show your support for Obama's newfound caution, his new willingness to step back from the dogma we were all subject to during the campaign, and to think through the impact of his actions. His seeming determination to step cautiously, and seemingly, more moderately, than any of us could have hoped. Go to his website and voice your support for this new direction. He's got links there to a variety of methods to contact him; use them. Add a voice in the growing chorus of folks who are crying out in opposition to the bloggers like AmericaBlog and OpenLeft.

And send a link to this post to everyone in your address book. Edmund Burke said it best:

"The only thing necessary for the triumph of evil is for good men to do nothing."

Don't be one of the folks who looks back sometime later in life knowing that you were one who did nothing. Speak out; do your part.
Posted by PJ at 9:35 AM No comments:

So, I've had, like, a dozen people tell me how much they love the pics that Laura over at B. Artistic posted of us (from our Christmas pics), so when we got the CD in the mail yesterday, and I saw how great the rest of the pics were, I knew that I was going to have to post the rest of them here.

But first I had to post my favorite pics! These ones will go on my desk! 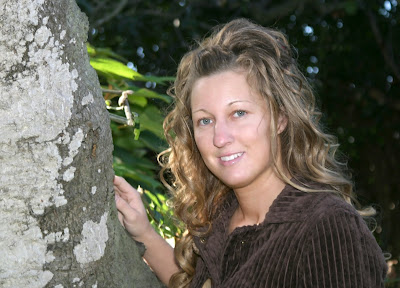 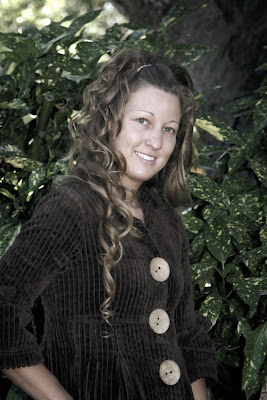 The most beautiful woman in the world! (OMW! Those eyes!) 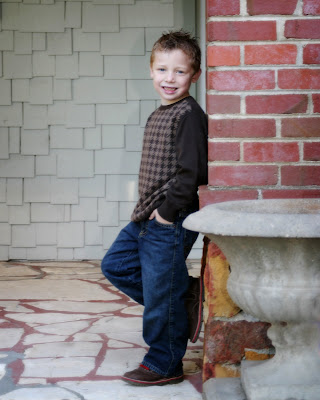 The chicks dig him already (a problem I never had) 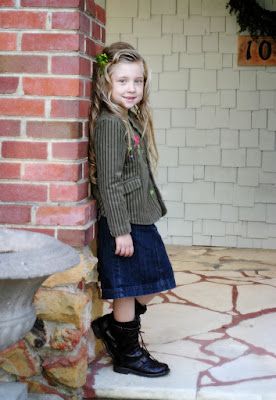 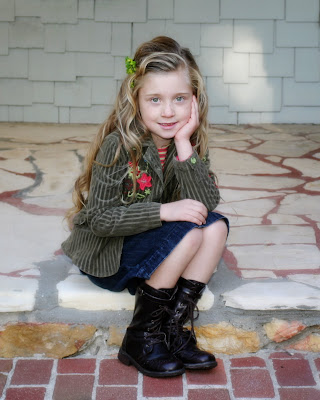 Destined to be a supermodel!

Smoking? How come nobody told me that the guy was a smoker?

Or did they? Maybe I just wasn't listening. At any rate, that's kinda cheap feeling--that our President is a smoker. I don't really know how to explain how it makes me feel, but it's one of those embarrassing little details that you really, really hope that your friends overseas don't find out about.

I don't know. It amazes me that a bigger deal wasn't made of his smoking habit prior to the election. For some weird reason, I feel like if it had been more widely publicized, people would have thought twice about voting for him.

If for no other reason than the guy who is going to be the leader of the free World should be doing everything in his power to maintain a healthy lifestyle.

Imagine our President, four or five years down the road, showing up to a United Nations convention to speak about World Health, in a wheelchair, missing one lung (due to the lung cancer), and toting about an oxygen tank.

It'd make it kinda hard to take the guy serious, you know?

It's even MORE heinous that he was seen numerous time on the campaign trail CHEWING NICOTINE GUM!! (Read the gum story here).

The Associated Press reported this morning that the US and Russia are the only two nations that have refused to sign a 92 nation ban on the use of cluster bombs. They follow-up by pointing out that even Afghanistan has signed.

The between-the-lines story is that it's morally repugnant that the US won't sign, that even Afghanistan will sign. It's a bit of a despicible story, really. I mean, how often have you read about the US using cluster bombs? I don't know that we ever have. So what useful purpose will our signing such a treaty serve?

Frankly, I find such treaties to be a waste of time, and nothing more than "feel-good" diplomacy. If, in fact, cluster bombs are inhumane, then it stands to reason that a reasonable nation, interested only in protecting their country, will refrain from using them regardless whether they've signed this treaty.

On the other hand, a country (or terrorist group) who couldn't care less about humanitarianism is not likely likely to honor such a ban--whether they've signed or not.

So even if the US signs, has this agreement done anything to make the world a better or safer place? Probably not.

Why don't we forget about the feel-good diplomacy and focus on doing things that really matter?
Posted by PJ at 1:39 PM 1 comment:

We had family photos taken last Saturday. They turned out excellent! We haven't seen them all, but we got a sneak peak on our photographer's blog, B. Artistic Photography, and we're VERY happy with what we've seen so far!

I snuck one of the pictures over here (I hope she doesn't get mad!).

Hop over and take a look. And if you live in California, I HIGHLY recommend B. Artistic! 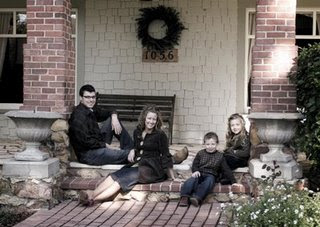