Ohio Democratic Representive, Dennis Kucinich, called yesterday for President George W. Bush's impeachment. His announcement was accompanied by a list of more than two-dozen charges associated with Bush launching the war against Iraq that he intends to submit on the floor of the U.S. House of Representatives.
I think that, probably, Kucinich (who ran an unsuccessful bid for the White House last year) is just frustrated that Bush so successfully copied Kucinich's trademarked oversize-eared, strange-squinty-eyed, salt-and-pepper-comb-over look, and has parlayed it to such enormous political success. 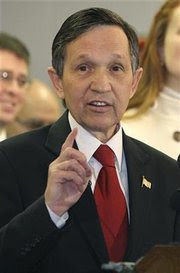 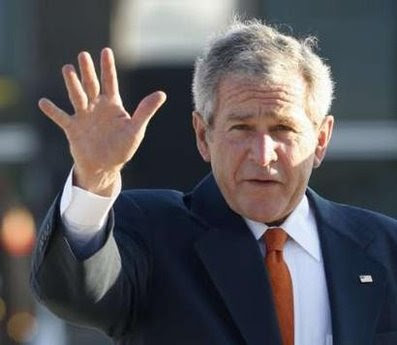 The demoncrats will try to do anything to get the popular vote or some type of advantage during the Presidential campaign. The demoncrat is probably jealous of Bush, they do look a lot alike. Maybe cousins. I am hoping McCain wins the Presidency, even though he's not perfect.